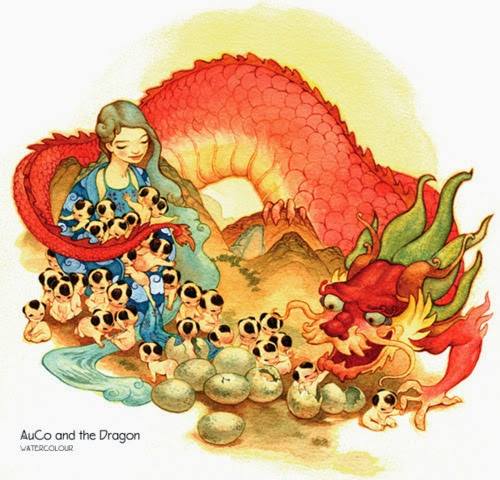 The intersect of mythology and your reality creates a timeline wobble that often leaves me wondering if I had inadvertently smoked some premium stuff. It was late November 2018 and Rick Jewers and I were hanging out on a sectional just pondering why the impending reset of Gaia was taking so long. Okay, technically Rick was doing what he does best and lecturing me on how impatience is a fear vibration. Some friends get together and have coffee while debating what the best way to plan their retirement would be. When my squad and I kick it, we strategize Ascension, meander how the energetics were for the day and then trade notes on all things weird.

Rick had noticed a presence in the room and I lamented that it has been here all day as I caught glimpses of it flickering in the corner of my eye. Rick immediately tuned in and acknowledged the presence as a Fairy. The Fairy flew over and made herself comfortable on the sectional. Rick asked if I could see her and I bluntly replied, “No.” As soon as I blurted that out, I immediately received a download that two new types of Dragons will be born in the second round and their elemental abilities will ascend Gaia.

When these downloads happen for me, physically I can feel my brain buzz and over the last 3 years I have come to understand the subtle tonality of the incoming stream as “info that is not of my own thoughts” therefore categorizing it as a download. In the past, I had always assumed all of my thoughts were my own and obviously I was clearly brilliant. Humble Huong has learned now that only half my thoughts are actually mine. For example if it includes sarcasm and inappropriate observations then that’s Huong. The brilliant ones usually are my galactic ability for computing energy. Anyways, while I was assaulted with the incoming intel and struggling to comprehend the information I can hear in the background Rick sweetly talking to our invisible Fairy friend. If you have been an avid follower of Rick’s videos you’ll know that his booming baritone voice really only has two volumes… loud and louder. Between the cacophony of Rick’s Fairy conversation and my intense Dragon download it felt like we both had walked into the Twilight Zone.

The Fairy has shared that her name was Élysées and she came to our timeline through my blue quartz crystal that was activated a week back. She explained that she was here as extra support in hatching dragons eggs and declared it was my connection to the Dragons that brought her through. I was very perplexed. Usually I associate Fairies with my nicer, sweeter friends who’s energy is calmly light, sparkly airy and they literally poop rainbows. On my good days, I am an obnoxious, somewhat arrogant, always sassy and for good measure testosterone loaded energy form. So… when a Fairy announces she’s riding shotgun with my Dragon posse I almost fell off my chair. Since I wasn’t sure what to do with that highly bizarre information I just filed that into the WTF File to be processed at a later date. Well the WTF File opened up a week later when out of boredom (AKA divinely guided) I started to research my Vietnamese lineage online to see if the crazy stories my Dad always told us as kids about the Dragons were just his weird stories or if they had any weight. This is what I discovered that night.

Lac Long Quan was a water Dragon Prince that fell in love and married a beautiful fairy named Au Co. On the day of giving birth, Au Co laid a sac of one hundred eggs, from which hatched one hundred humans. Because of this legend, the Vietnamese people refer themselves as the Dragon and Fairy’s descendants and this ancient origin myth is the cornerstone for Vietnam’s Creation folklore.

PS. The WTF File has been upgraded to a WTF File Cabinet.

This entry was posted on January 24, 2019 by Jason Redwolf. It was filed under Daily Views .

Aimless...on a path to wherever
The Truth for Kyle Brennan

Scientology & the Death of Kyle Brennan

bridging the gap between heaven and earth; body, mind and spirit.

Expression of my heart

A Private Collection of Ascencion

True wealth is the wealth of the soul

Until I know this sure uncertainty, I'll entertain the offered fallacy.

Sacred Ascension - Key of Life - Secrets of the Universe

Hello, my name is Sophia! Thank you for visiting my blog! Friend to all ☕️ My language is ART 🎨: ✨Painting ✨Photography ✨Writing ✨Music 🖤🌈