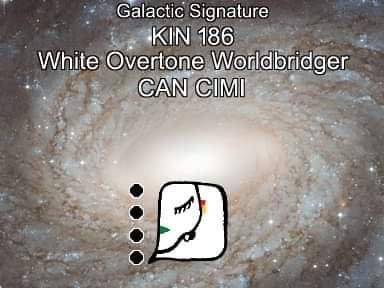 After Activation of the Electric Tone of Service comes Defining of the Self-Existing Tone of Form.

White Self-Existing Worldbridger – CAN CIMI guides and teaches us to focus on forgiving and releasing/surrendering our ego’s need to control, and relax into the grace of the larger plan by using our innate, inherent powers of discernment, definition, and measure, so as to bring Form into existence. White Self-Existing Worldbridger – CAN CIMI reminds us of is that all Forms follow vibration and all vibrations follow Form. Since all Form is essentially self-existing, when we allow ourselves to surrender to the natural intelligence of the Forms we are manifesting, without judgement, control, or manipulation, then those Forms are born gracefully. White Self-Existing Worldbridger – CAN CIMI also reminds us that how we define things determines exactly how they will manifest and take Form. Our thoughts create waveforms, or in other words, thought forms, that radiate out into the dream of this material existence and begin the microscopic building work to create our visions. Most importantly, through the energies of White Self-Existing Worldbridger – CAN CIMI, the Cauldron of Creation is awakening us to the remembrance that we have the ability to bridge worlds through the powers of complete neutrality and unlimited equality. In a heart and mind awakened existence, we bridge two worlds, the Spiritual world and the Material world, so that we are in this physical world yet not attached to it. To be Self-Existing is to be self-sustaining and self-maintaining, or in other words, whole within one’s Self. The Cauldron of Creation is inviting us to collectively give attention to how the dream of our existence is taking shape. We would be wise to take note and measurement of everything in our dream by paying close attention to details. We would also be wise to take time out to sit in stillness and receive, or in other words, commune with, the inherent wisdom of our own Form, in order to better see how we are co-choreographing our experience in this dream of existence. While fearlessly questioning and being guided by clarity, authenticity, and wholeness, let us all claim our energetic powers of intuition and acknowledge the endlessly naturally occuring abundance that always exists all around us. Let us strengthen the foundational structure of exactly who and what we really are, while collectively enjoying the mystery of naturally unfolding Divine Order.

For daily Mayan lesson notifications, you may join our Facebook group, Awakening Consciousness Family.
In divine friendship, we lovingly share the Galactic Signature, video excerpt readings of the Mayan Oracle that go more in depth about the day, and a poetic version of the Solar Frequency called The Magical Child. We also share yogic wisdom and updates about our progress and events for our spiritual community. You may join us here at the following link.
https://www.facebook.com/groups/1607230722854046

This entry was posted on April 29, 2019 by Jason Redwolf. It was filed under Daily Views .

Aimless...on a path to wherever
The Truth for Kyle Brennan

Scientology & the Death of Kyle Brennan

bridging the gap between heaven and earth; body, mind and spirit.

Expression of my heart

A Private Collection of Ascencion

True wealth is the wealth of the soul

Until I know this sure uncertainty, I'll entertain the offered fallacy.

Sacred Ascension - Key of Life - Secrets of the Universe

Hello, my name is Sophia! Thank you for visiting my blog! Friend to all ☕️ My language is ART 🎨: ✨Painting ✨Photography ✨Writing ✨Music 🖤🌈